Makers, hackers, do-ocracy, do these words mean something to you? Since the mid- 2010s, spaces dedicated to digital practices (hacker spaces, fab labs, etc.) and to DIY of any kind (recycling, art squats, etc.) keep developing. Due to the great diversity of places, the same name may refer to different and very heterogeneous uses. Conversely, similar activities can be named completely differently: welcome to the makers’ world.

Three labor sociologists, Isabelle Berrebi-Hoffmann, Marie-Christine Bureau et Michel Lallement have conducted a collective study on this research object. They have carried out a major survey since the early 2010s, focusing on makerspaces as laboratories for social change. Their investigation highlights the difference between hackers and makers. Even though makers do refer to some codes of   the hacking ethics, they differ to the extent that they also aggregate some educational and social economy approaches. The hacker world may thus be seen as a segment of the maker dynamics.

Drawing on this study, they published two books. L’âge du faire by Michel Lallement in 2015 which presents the ethnographic investigation carried out over a year at Noisebridge, a Californian hackerspace. In this preliminary work, the author focuses on the way hackers reinvent the role and the meaning of work, and devise forms of collective organization.

Isabelle Berrebi-Hoffmann, Marie-Christine Bureau and Michel Lallement have also co-signed the second work, Makers, studying about twenty makerspaces in four countries: France, Germany, the United States and Senegal. Their work insists on the necessity to take the movement seriously and pay attention to what it tells us about the ongoing debates about the transformation of the economy. 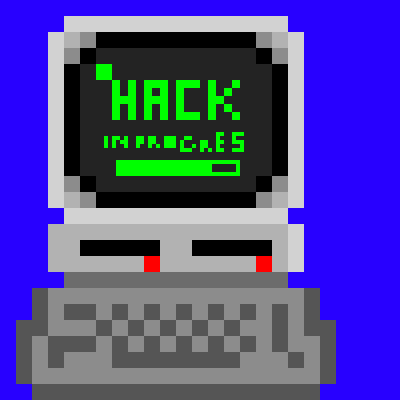 The early figure of the computing « DIY », the hacker, is a significant element to understand the movement. Hackers and the history of their meeting places – hackerspaces – originated and developed as part of the 1960-1970s Californian counter-culture movements. That period was marked by the emergence of a great number of very diverse communities that provided ready and fertile ground for technological innovation. The networks of hackers close to the anarchist movements came from those first computing « DIYs », as well as from major computing corporations which built the success of Silicon Valley. According to Michel Lallement, the tensions between these two models were at the foundation of the movement. Instead of considering these two models as belonging to opposite categories, he sees them as part of a continuum, sharing the same modes of collective organization and a similar vision of work. It is the « learning-through-doing trend », which emerged in the mid-2000s in the USA before spreading to the rest of the world.

The paradigm of « making » is the outcome of the hackers ‘vision of work. As opposed to a  dualist approach which separates one’s private life from one’s occupation only seen as a way to earn one’s living, hackers propose to contemplate their activities as a way of life. Studying this paradigm helps go past the post-taylorist vision of work and of its organization – still currently prevailing.

Thus, by highlighting hacking practices, Michel Lallement demonstrates how hackers experience new forms of collective organization through adhocratic cooperation mobilizing specialized teams for specific tasks. Furthermore, the community is organized along anarchist principles so as to grant all members the authority and responsibility to make decisions affecting the organization as a whole. For instance, all decisions made in the hackerspace of Noisebridge are reached by consensus. 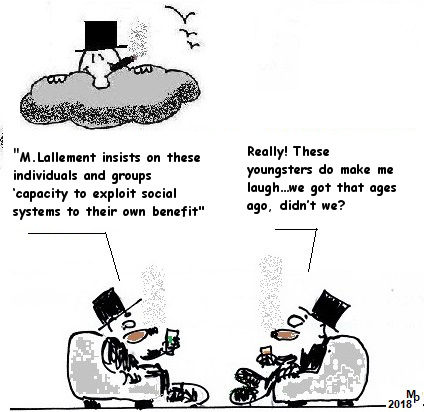 Hackers are laying the foundations of new approaches to work. While labor sociology has often analyzed autonomy AT work, such fieldwork helps study the autonomy OF work. At Noisebridge, the hackerspace members are often affiliated to Silicon Valley major computing corporations. M. Lallement’s study uncovers these individuals’ and groups’ capacity to exploit social systems to their own benefit. It does not mean that they are escaping all forms of control, but, rather, that their autonomy comes from their capacity to use them to their own benefit.

Following this first investigation about hackers, the second work – co-written by Isabelle Berrebi-Hoffmann, Marie-Christine Bureau and Michel Lallement – examines the role of makers in the capitalistic economy. As a matter of fact, since the early 2010s, a number of controversies in the political, media and academic spheres address the issue of the transformation of the economy and of a likely third industrial revolution based on information and communication technologies. A great many expressions – cognitive-cultural capitalism, collaborative economy, etc. – and a number of analyses are being produced, from the most enthusiastic to the most alarmist, but, so far, no consensus has been reached.

Who are the makers? They are individuals and groups who are trying to act upon and change the society through « making ». Like most digital movements, makers are part of the international scene but they share the same characteristic of acting local. For example, Nicolas Huchet, who lost his hand in an accident, designed and made a prosthesis with the help of makers in a Breton fab-lab. His « DIY » hand costs 200 Euros, while a classical prosthesis is between 20 000 and 60 000 Euros. In the face of such discrepancy, Nicolas Huchet is now trying to publicize and sell these low-cost prostheses worldwide.

The makers ‘movement is not an XXIste century innovation. Its members are part of a continuum of various do it yourself (DIYs) over centuries: from the shakers to the Arts and Crafts movement up to the first hackerspace at the MIT. But in our times of mass digitalization, makers aim at re-making digital technology physical. Their ideological positioning also makes them unique. They mobilize active learning skills and social economy reference frames through shared learning.

What’s more, their production methods shake up the Fordist model which relies on the synergy between production and mass consumption.  They confront it with 3-D production. This way, productivity gains are no longer based on economies of scale and product unit costs no longer depend on production volume. Furthermore, the cost to customize each product is no longer an impediment. Last of all, 3D production makes it possible to move towards a logic of zero waste: there is less waste of recycled raw material in the process of making.

They also raise the issue of intellectual property. Following on the debate about open-source software, artistic and intellectual professions are debating about sharing their production work and discussing the transformations their work should undergo in order to meet these challenges. Due to its positioning, the makers ‘world is not immune to confrontations. The main issue concerns the commodification of the hacker/maker/DIY spirit. Two antagonistic figures symbolize both the evolution and the tensions instigated by makers. The first one, André Gortz, views makers ‘self-production as an alternative to capitalism; conversely, Chris Anderson, an active promoter of the maker movement, proposes a more liberal vision aiming at turning everyone into an  entrepreneur.

Whether the movement is to be only temporary or bound to last, the three authors’ strong hypothesis is that the makers movement both contributes to and uncovers contemporary evolutions, more particularly in three fields: labor, science and technology, and individualization. Thus, the maker movement disrupts the traditional references of labor sociology.  Conceived on oppositions – such as paid work versus free work –, the traditional approaches are no longer relevant in the case of makers. The movement also helps build citizens’ ownership of sciences and technologies as well as a new relationship to objects. Last of all, the three researchers view makerspaces as « laboratories for social change crafting new articulations offering a variety of choices between self and others, individuals and society, the private and the public».

Actually, the authors, and especially Michel Lallement, provide us with a sociological analysis of utopia. Far from studying only discourses, he talks us into taking these practices seriously and looking closely at the « new social semantics» devised by the actors and the thinkers operating these places. This particular approach uncovers both the specificities and the great heterogeneity of the makers movement.